Additive manufacturing, or 3D printing, is the process of turning digital designs into three-dimensional objects. It is a convenient and affordable way to produce prototypes as well as end parts getting more and more suitable for manufacturing small series. It is popular in businesses, among inventors and hobbyists.

Selective laser sintering (SLS) is an additive manufacturing method using laser as power source in order to sinter powdered material (typically nylon/polyamide). The 3D printer adds layer per layer of formless powder and the laser binds that material and creates a solid structure. ((Not sintered material will be used as support structure.))

Any object printed with an SLS machine or another 3D printing technology starts as a computer aided design file (CAD). CAD files are converted into an STL format, which can be read by a 3D printing apparatus.

Objects printed with SLS technology are made out of powder materials, most commonly plastics such as nylon, which are dispersed into a thin layer on top of the build platform inside the SLS printer.

The laser, which is controlled by a computer that tells it what object to print, pulses down onto the platform and tracing a cross-section of the object into the powder.

Once the initial layer is formed, the platform of the SLS machine drops – usually by less than 0.1 mm – exposing a new layer of powder material for the laser to trace and fuse together. This process continues again and again until the entire object has been printed.

Before being removed, the fully printed object is left to cool down in the machine.

Unlike other 3D printing methods, SLS technology requires very little additional tooling once an object is printed. Means that objects usually don’t have to be sanded or otherwise altered when they come out of the SLS machine.

In addition to that, SLS technology doesn’t require the use of additional supports that hold an object together while being printed. Such support structures often are necessary when using other 3D printing methods such as stereolithography (STM) or fused deposition modeling (FDM). This makes these methods more time-consuming than SLS.

Has your interest in SLS technology grown? 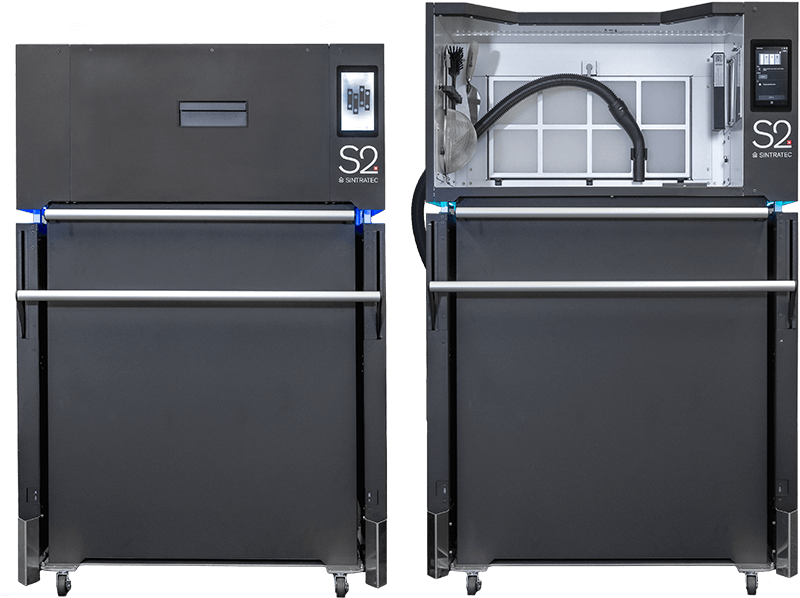 Sintratec continuing to expand its presence in Germany