Gourmet chef André Kneubühler relies on 3D printing for the presentation of his sophisticated dishes. At the «Golden Chef», the most important Swiss cooking competition, he achieves the third place – also with the help of the Sintratec technology.

Culinary art at the highest level

Born in Brugg, Switzerland, 27-year-old André Kneubühler currently works as a sous chef for Tanja Grandits, Switzerland’s best female chef. Her restaurant, which has been awarded 19 Gault Millau points and 2 Michelin stars, is one of the most renowned kitchens in the country. But André is not only demonstrating his culinary skills there: In the last half year, he participated in the «Golden Chef», the most important and largest Swiss cooking competition, and prevailed against the strong competition – first in the preliminary round, then in the semi-finals. At the end of May 2021, he and 3 fellow contestants faced off in the grand finale.

André Kneubühler and his team in action at the finale of the “Golden Chef”.

For the final, André came up with a very special form of presentation in addition to his elaborate fish and meat dishes. Following the given theme of «Swissness», he created – with the help of his sister, who works in the 3D printing sector – a show plate with various, characteristically Swiss decoration elements. Because of their complexity, the custom designs were manufactured using additive technologies. «I decided to use 3D printed parts because it’s the ideal material for me to be creative and to create all kinds of shapes», the chef explains.

With 3D printing to the third place

To produce André’s plate structure, Sintratec sponsored various components: The mountain range, various Edelweiss vases and plates, and a 1:1 model of the Matterhorn were manufactured with the Selective Laser Sintering (SLS) process on the Sintratec S2 System using stable PA12 nylon material. Then, André and his team ingeniously combined the white-painted 3D parts with magnets so that small gold plates with the food could be fixed on top. André was able to convince the jury of this year’s competition not only with his cooking abilities but also with this sophisticated presentation: He is voted the third best chef in Switzerland, just behind the winner Paul Cabayé and the runner-up Stéphanie Zosso. 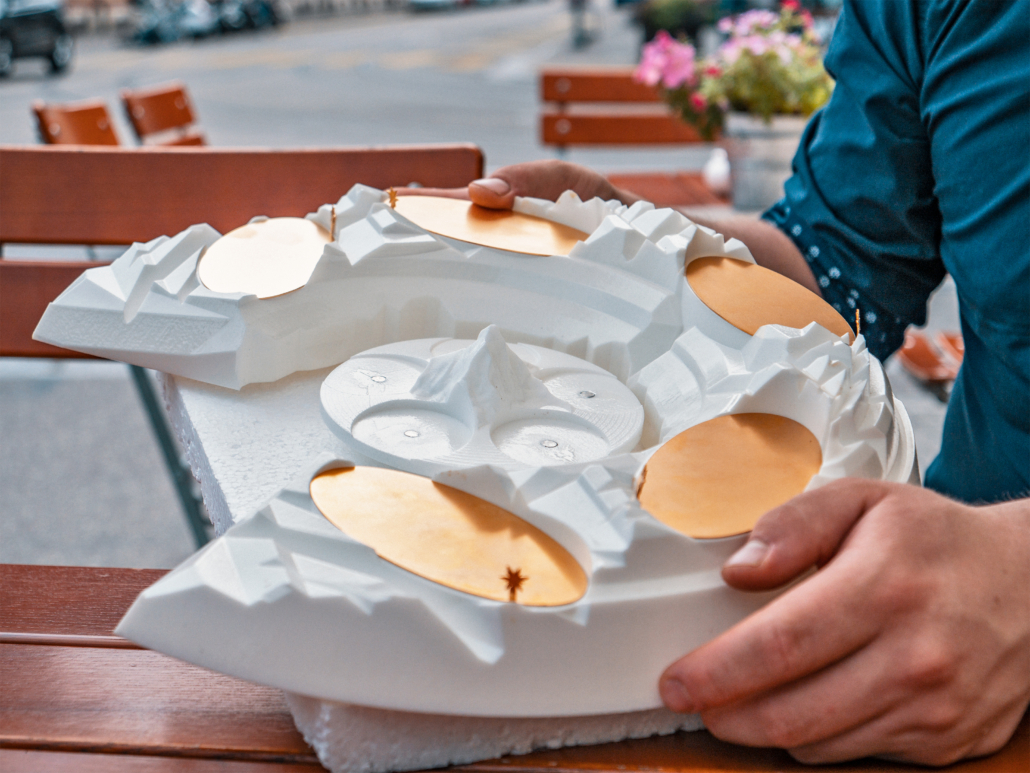 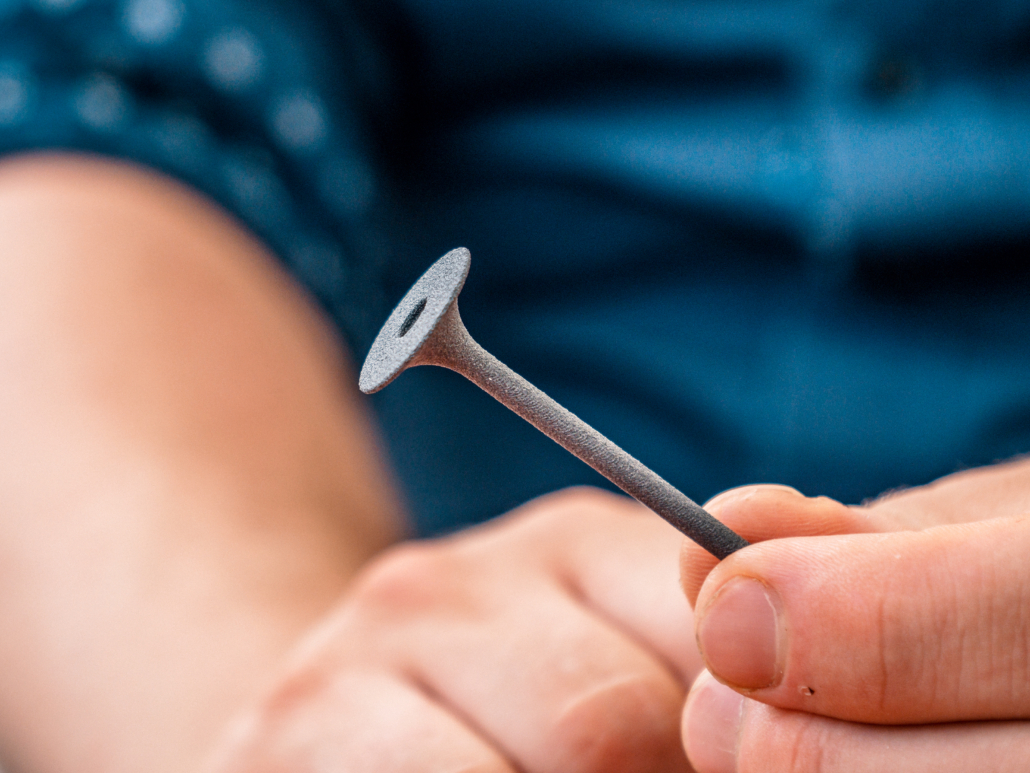 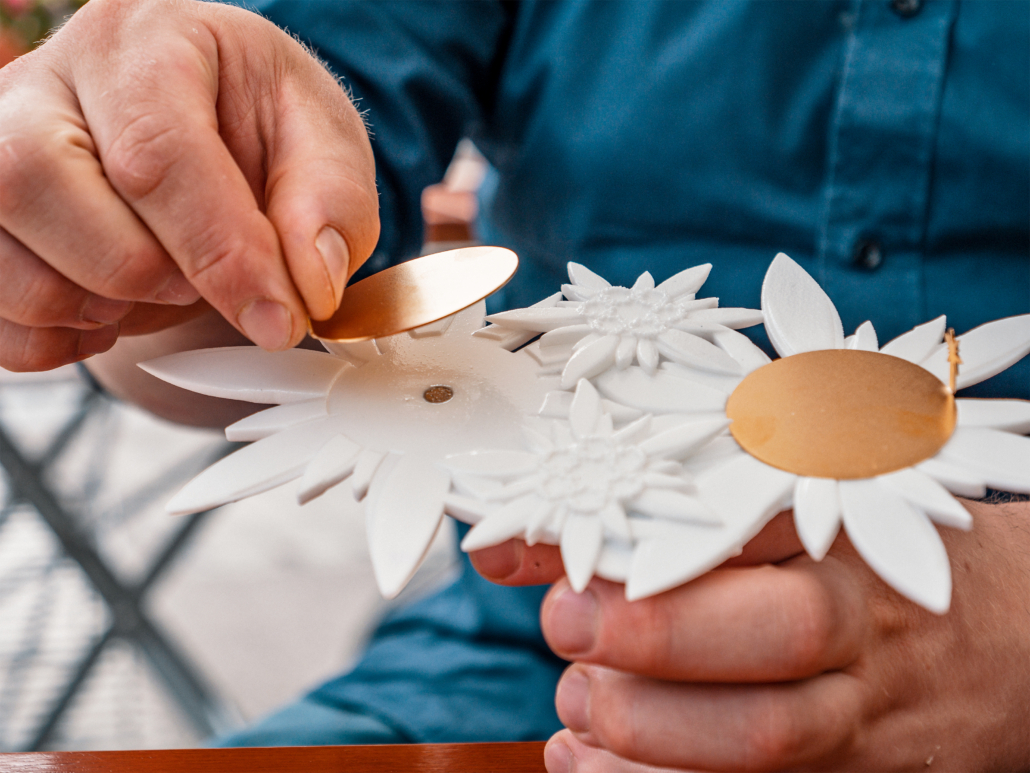 Various elements of the presentaion plate such as mountain range, supports, and flowers were laser sintered.

Although the use of additive technologies in the culinary industry is nothing new, André’s perception of 3D printing has changed drastically as a result of the collaboration with Sintratec. «With you guys, the parts were almost perfect, and I have rarely seen that with 3D printing», he points out. The gourmet chef also sees some potential for this industry in the future: «The Sintratec technology definitely has its place in star gastronomy – it offers a lot of creative freedom and is particularly suitable for special serving arrangements», André sums up. We are already looking forward to the next tête-à-tête between high-tech and haute cuisine!

Happy with the result: André achieved a 3rd place finish at the largest Swiss cooking competition. 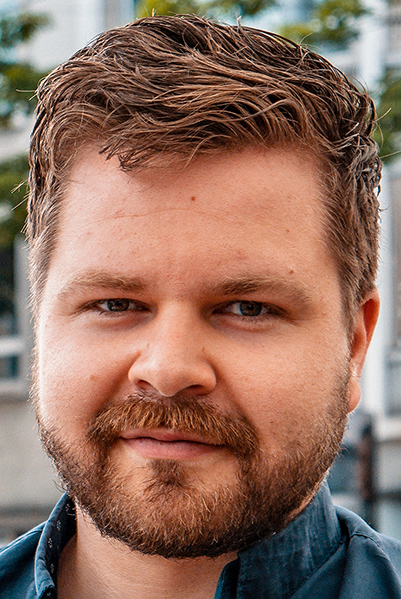 “The SLS technology has a place in the high-end gastronomy. It offers a lot of creative freedom
and is particularly suitable for special serving arrangements.”